Why chose organic & local? I believe that the reason that people are hesitant to choose organic foods over conventional foods is that they do not understand the dangers of eating many conventionally grown foods and the extent of the pesticide load that many products carry. Because this information has been systematically suppressed by the agrochemical industries, and our regulatory agencies are far behind in taking action or defining limits, it is difficult for people to know where and how to access information. It is important for us to learn the difference between a claim and a fact, how to read labels, understand green-washing, ask questions, and become informed consumers who vote with their dollars . The second, and possibly greater barrier is that we, and our children, are addicted to junk food and sugar. The consequences of eating processed foods–too much sugar, corn syrup, MSG, and salt–has been exposed in many blockbuster films, but it is clear that the food industry's marketing campaign is continuing to take its toll on the health of our children. Any time you are dealing with addiction there must be great incentive to change habits or patterns, as it is hard to make changes even when you know the consequences. As we all know far too well, just having information does not lead to behavior changes.

How could we have ever believed that it was a good idea to grow our food with poisons?
— Jane Goodall, Harvest for Hope

Pesticides are poisons that persist in our soil, contaminate our water, drift in the air, and are in and on our flowers and foods. Our children are being exposed to pesticides at home, in their backyards, and at school, as well as through the foods they eat. Pesticide residues are widespread in the U.S. food supply and the 2015 FDA pesticide residue report found that 50% of domestic food and 43% of imported foods sampled showed pesticide residues. Unfortunately, the FDA sampling has been shrinking over the years, almost 25% from a decade ago (from 7,900 samples to 5,989 samples). The latest USDA residue report for 2015 tested 10,000 samples and found  that roughly 82% of domestic American fruits and 62% of domestic vegetables carried residues of weed killers, insecticides, and other pesticides, with domestic apples and grapes at the top of the list. Because conventionally grown produce is laced with pesticides, our children ingest pesticides whenever they eat non-organic foods.

The consequences of this constant and accelerated use of pesticides is that not only are we killing off insect "pests", but we are also poisoning beneficial pollinators, and the flora, fauna, and soil micro-orginisms that that keep our planet balanced. The evidence is clear that our children's lives and futures are at risk, as pesticides are undermining their health and intelligence. Schools, backyards, and parks have become toxic playgrounds rather than sanctuaries. In studies on children, it has been found that by eating organic foods the amount of pesticides in a child’s body can be dramatically reduced. Along with pesticides, processed foods cause many health issues for children in the US, and junk food marketing to children is big business. According to the Federal Trade Commission, the food industry spends close to $2 billion annually targeting children. Rarely do product placements, ads, or commercials include fresh fruits and vegetables. To promote healthy and sustainable eating habits and to reduce children’s exposure to pesticides and food additives, it is important for everyone to understand where our food comes from and how it is grown. 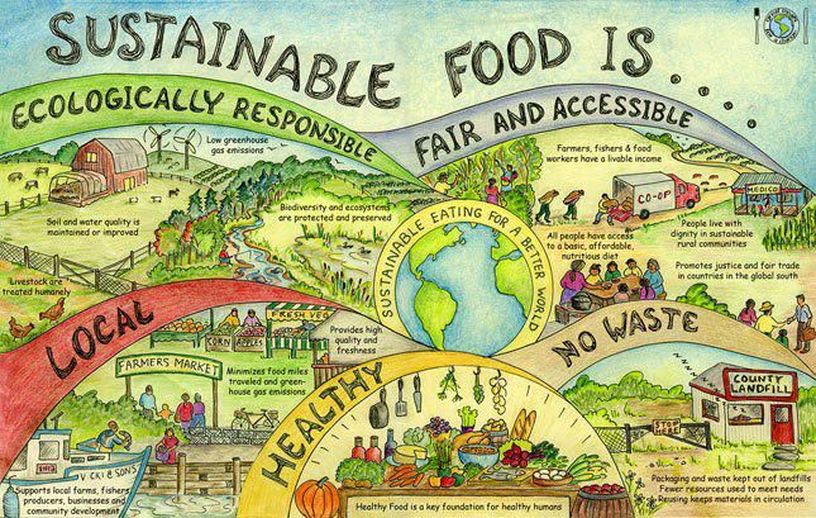 ©Great Meals for a Change
There are multiple environmental benefits that occur when consumers choose to eat organic and locally grown foods. Organic Farming for Health and Prosperity has identified several ways that organic farming is good for human health, economic prosperity, and the environment. Biodiversity is increased as a result of soil carbon sequestration, and soil microorganisms, insects, birds, fish, and other wild creatures thrive as they are not being dosed with poison regularly. Organically grown produce is more nutritious, and one has less chance of ingesting toxic chemicals than when consuming conventionally grown produce . Recent studies show that organic crops, on average, have higher concentrations of antioxidants, lower concentrations of the toxic metal Cd, and a lower incidence of pesticide residues than the non-organic comparators across regions and production seasons; in addition the frequency of occurrence of pesticide residues was found to be four times higher in conventionally grown crops .

By choosing organic foods, factory and monoculture farming will not be rewarded; instead, small farms using sustainable practices are buttressed as families support local farmers markets, CSAs, and co-ops, nurturing a healthy local economy. In addition, many people have concerns about the size of their carbon footprint, and one conservation solution is to reduce food miles, the distance food travels before it reaches one’s plate. Choosing to buy locally grown organic foods will lower a person’s carbon footprint by reducing waste and pollution related to packaging and shipping. To summarize, organic and sustainable farming methods improve land and water quality, enhance biodiversity, produce healthier and more nutritious foods, support the local economy, lower a person’s carbon footprint, and slow climate change through carbon soil sequestration. Go Organic!
Pesticides are Not Healthy for Children or Other Living Things 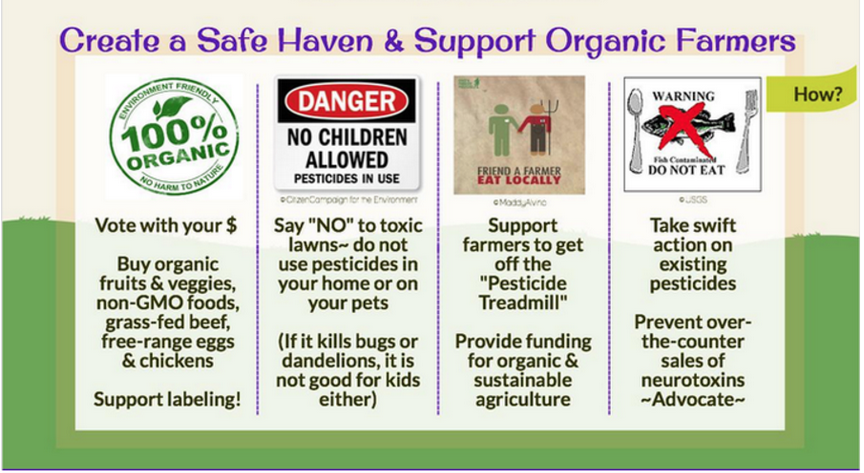 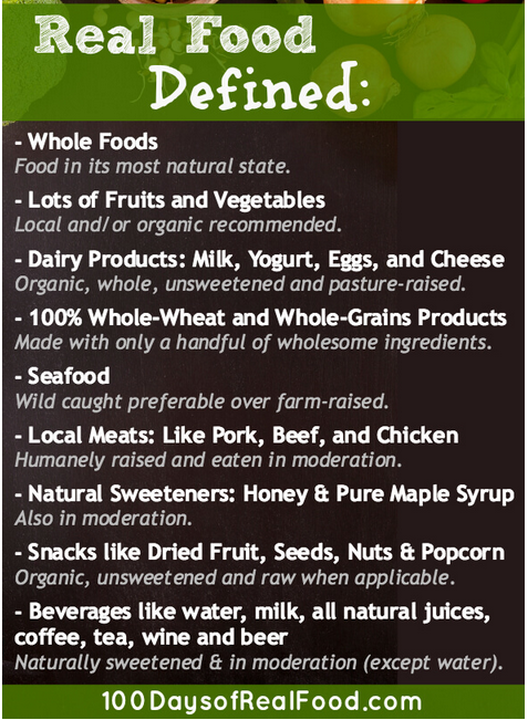 ~Farmer's Market stir-fry: before & After~

Understanding Labels
(no one said it would be easy...) 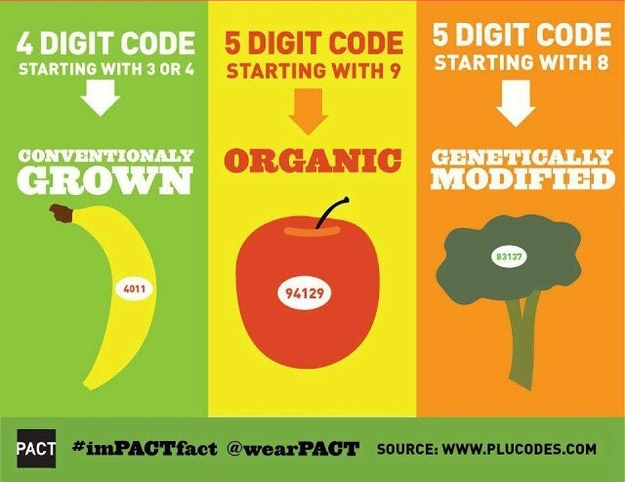 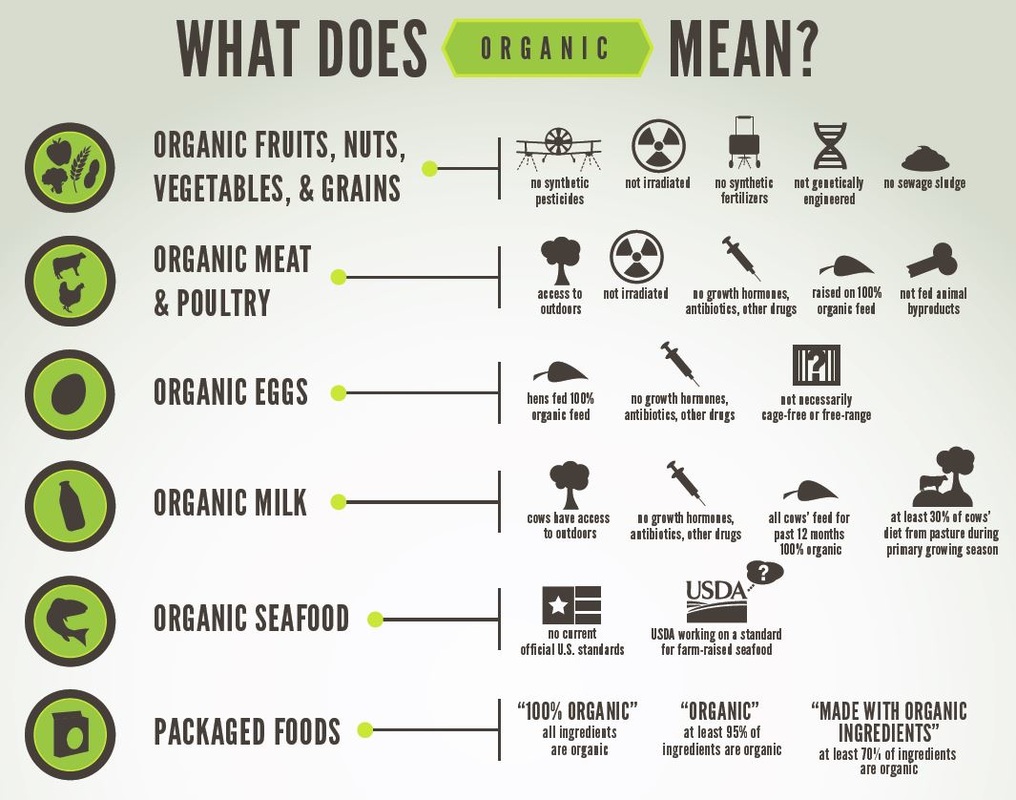 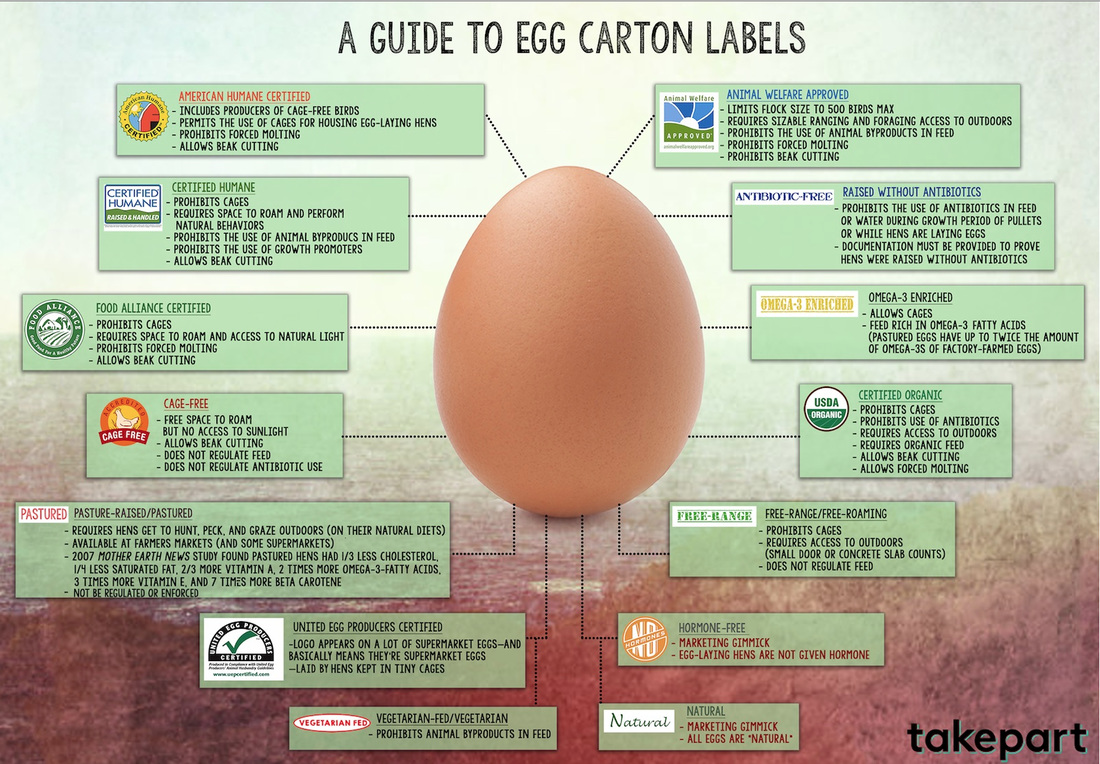 Movie Recommendations=Take a Break and Be Inspired